EU enlargement in the Western Balkan

On the 29th of November 2019 representatives of Qemal Stafa Foundation joined the think tank meeting organized by Kalevi Sorsa Foundation and Progress Institute for Social Democracy in Skopje, North Macedonia. The main theme of the meeting was EU enlargement in the Western Balkan and the role of the thinks tanks in shpaing the society and the policy frameworks.

The meeting started with the greeting remarks made by Samuli Sanisalo, Project Manager from KSF and Ivona Krstevska, Project Coordinator from Progress Institute which underlined the aim of the meeting to establish a network of sister organisations in the WB and create future initiatives with the support of the Finnish Foundation which has been working with North Macedonian society for the last 10 years.

The main guest speaker of the meeting was Florian Bieber, Professor of Southeast European Studies, University of Graz, who focused his speech in the future needs and scenarios for EU and the WB and talked about the French proposals and President Macron latest decision to not start accession talks with Albania and North Macedonia.  For Bieber Eu and the WB need to think of new ways to work together for greater transparency and communication,  for more clarity language, more professional independent reports which identify the problems and give suggestions. The six countries of the region could find specific policy fields in which they could integrate into the EU, without formally joining the bloc and the EU from the other side should support this effort with expertise and resources, including projects related to infrastructure and environment. Regarding the latest decision for Albania and North Macedonia, Bieber stated it as a valuable lesson for reformers in the region, who have too long relied on internationals to support them and as a push seeking to improve the country. He claimed that the change has to come from within the countries and the transformation of the society into a consolidated one based on the rule of law has to be done from the work of each state.

Bieber made also suggestions on how to make the process work from the EU side: finding ways to deal with the state capture in the region, more engagement and systematic engagement to the civil society rather than to the Commission, communicate EU better in the region and communicate WB better to the EU. He asked from the WB countries to think European in joint conversations and to take initiative on how Europe should look like rather than discussing the crises of the moment. He asked for much more push to the EU countries for more tools on how can we join the big family, how to do it based on their best examples and to think of integration having in mind that “We are a problem, if you do not take us in, the problem will be bigger”

During the second discussion, Nikola Dimitrov, Minister of Foreign Affairs of North Macedonia joined the panel which stated that North Macedonia has been waiting for a long time to join the EU as a candidate since 2005. Asked for the latest decision of the EU Commission for Albania and Macedonia, Dimitrov started firstly with the message on the Albanian earthquake and claimed that two out of two joining the EU it should have been the best decision, but 1 out of two is a failure. He also stated the integration process is a merit-based process and the success of one country is the success of all the regions and that the integration methodology is well combined with their political will for future positive decisions.

Antonn Ronholm, the Secretary-General of the SDP of Finland talk about Finland as the EU Chair on the second half of 2019, accepted after the Parliamentary elections in April 2019, their role and their attention to the EU enlargement in the WB in their national program of the presidency. The main topics of the agenda for Finland’s Presidency agenda are: Climate Change 2035 as an ambitious target, discussions in the rule of law and the financial framework 2021 and the negotiations box as the stability of the EU neighbourhood remains vital for the EU interest.

The last Panel gathered representative of civil society organisation which talked about the role of their organisation in each country, how their influences contribute in the development of the region, how difficult was for them to help the country and society democratise, to make the decision process accountable and increase policy informs solutions. 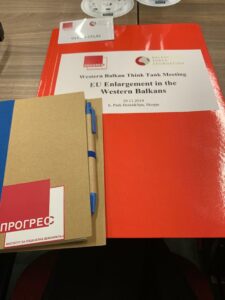 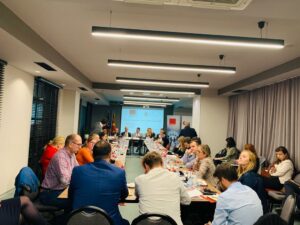 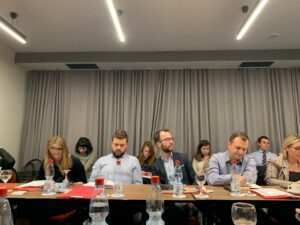 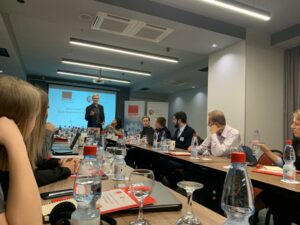 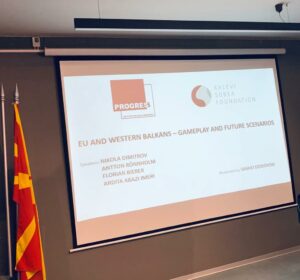 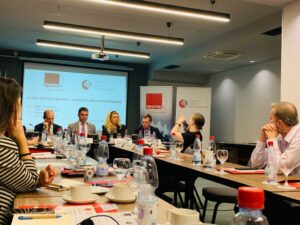