The most prominent students of the Political Academy that the Foundation “Qemal Stafa”organizes were rewarded with participating in the study visit to the European Parliament, from 25 to 27 June 2018.

With the support of the Group of the Progressive Alliance of Socialists and Democrats in the European Parliament (S&D), this trip enabled the students to get acquainted with policy-making in a European level.

During the three-day stay, the apprentices had the possibility to attend several meetings, with prevailing topics of discussion. The S&D Group had not only covered their flight expenses but had drafted a full, interesting and fun agenda for them to follow.

On the first day, after arriving in Brussels, the students went straight to the EP to attend a meeting with the Committee on Civil Liberties, Justice and Home Affairs. Once joining this hearing, they experienced a discussion, currently very critical, on the use of Facebook users’ data by Cambridge Analytica and its impact on data protection, electoral processes, fake news, the market position of Facebook and the consumer’s trust in online platforms and cybersecurity. The goal of the debate was investigating, in order to have a clear and complete picture of these serious worrying facts, and identifying the impact of the misuse of these data on fundamental rights of private life, protection of personal data, right to receive and impart fair information. The students saw first-hand the special attention which was put on applicable jurisdiction and the focus on possible solutions the EU policies could use to remedy the negative consequences and prevent these from happening again, highlighting the GDPR Regulation.

Afterwards, the study visit went on to the House of European History, the most recent museum in Brussels dedicated to the chronicle of the old continent. The students learnt about Europe, starting from antiquity and how the continent got the name, followed by medieval episodes and the destruction the two World Wars brought on this land. Witnessing how history has shaped today’s modern Europe, the students were undoubtedly convinced that, no matter the disputes over the centuries, peace always prevailed and it was at such times of serenity when economical, industrial and scientific progress was achieved. ‘In peace, in safety and in freedom’ was the motto envisaged by the EU’s Founding Fathers, and surely these words were not merely a phrase the students read in a museum but a message engraved in their conscience.

The following day was as eventful and compelling as the first one. The students had the opportunity to become accustomed with the functioning of the European Parliament and its Committees. They were cordially invited to attend the Horizontal Working Group A, in which they were kindly saluted and introduced as young representatives from Albania. In this meeting, the apprentices encountered the hectic international diplomatic agenda of the EU, on climate, migration, health, partnerships and agreements all over the world – from the United States and Venezuela to Congo, Yemen, Iraq and Azerbaijan. The debriefing on humanitarian situations, weapon systems, violation of rights and intercontinental cooperation, hinted the students of the dynamic daily developments the EU has to keep up with and the commitment a Member State undergoes once joining the Community.

To greet FQS’s students, a working lunch was hosted by the S&D’s Vice President, Mr. Victor Boştinaru and the Member of the European Parliament who has contributed the most on Albania’s integration path, Mr. Knut Fleckenstein. They chatted with the students on Albania’s past, its development and recent reformative progress, as well as the indisputable European future ahead of us. Their warm welcome and mentoring further motivated the students to keep up their good work and hold on to their ambitions and dreams to enhance Albania’s position in the European family and accelerate its elevation as the next step towards integration.

Following up these meetings with MEPs, the students then had an audience with Mrs. Christine Revault D’Allonenes Bonnefoy, with whom they exchanged views on the recent implementation of the five key priorities the EU has set for Albania as a pre-condition to the accession negotiations, especially the judicial reform and the vetting process of judges and prosecutors. Together, they deliberated about the sacrifices such challenges required and the final product of all this process, namely sustainable development and gaining the trust of the Council of the European Union.

To better understand the functioning of all EU Institutions, the Albanian delegation visited the Parlamentarium, the heart of the European Parliament. This visit was perfect for discovering European politics through handheld multimedia guides, explaining the path towards European integration, how the European Parliament works and what its Members are doing to meet the challenges of today.

On the last day, a visit to the offices of the Party of European Socialists (PES) was arranged. During the meeting, the students were closely acquainted with the PES offices, the organization and involvement of other sister parties, as well as democratic and social values for a progressive Europe. As a major political force along with the Socialist Party of Albania, PES formulates progressive working policies, defines and approves common policies to promote social and economic justice, fundamental rights and a better life for all of Europe. The students comprehended how PES unites Socialists, Social-Democrats and Labourists from all over Europe.

Subsequently, the Albanian team tuned in into the S&D Group meeting, where representatives of leftist parties from all over the EU were engaged in heated debates and passionate arguments on current developments. Observing the zeal powering this gathering, the enthusiasm that characterized every speech, FQS’s crew recognized the perpetual hard work performed by the S&D Group and the European Parliament as a whole, in actualizing the mission of generating feasible avant-garde policies for the citizens’ welfare.

To conclude this study visit, the students had three other sittings with MEPs, id est with the German MEP Mr. Arndt Kohn, the British MEP Mrs. Julie Ward and the Italian MEP Mr. Brando Benifei. In each of these hearings, the above mentioned politicians were impressed by the ambitions and eagerness of the Albanian students in advancing their policymaking skills and knowledge to match the abilities demanded on a European level. Their motivation to change, improve and adapt to the EU scheme did not go unnoticed by the EU high officials.

This trip did nought but multiply our students determination to work harder in accomplishing our nation’s dream of joining the EU. This short journey in the heart of Europe confirmed and strengthened their sense of responsibility towards their peers in Albania to carry out and enact viable advancement in our soon-to-be EU route. 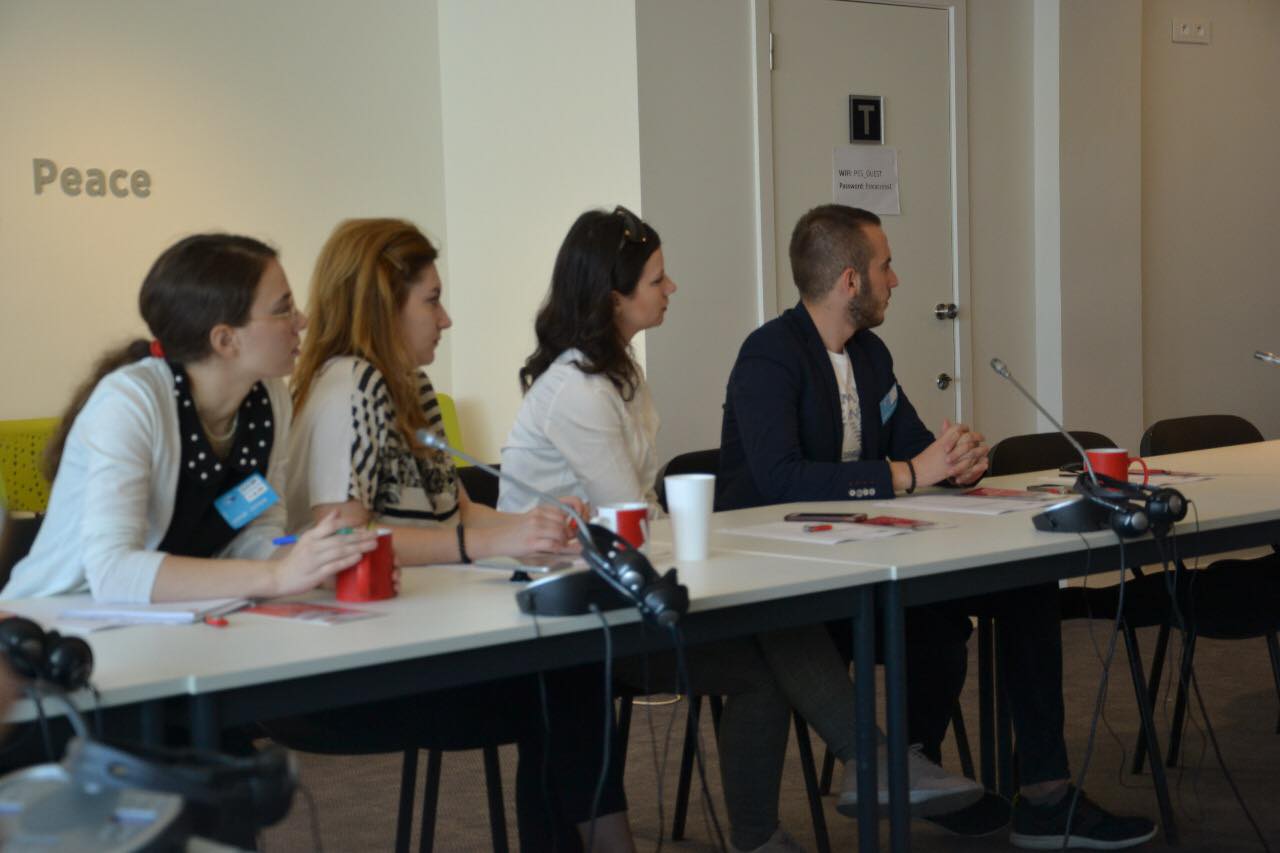 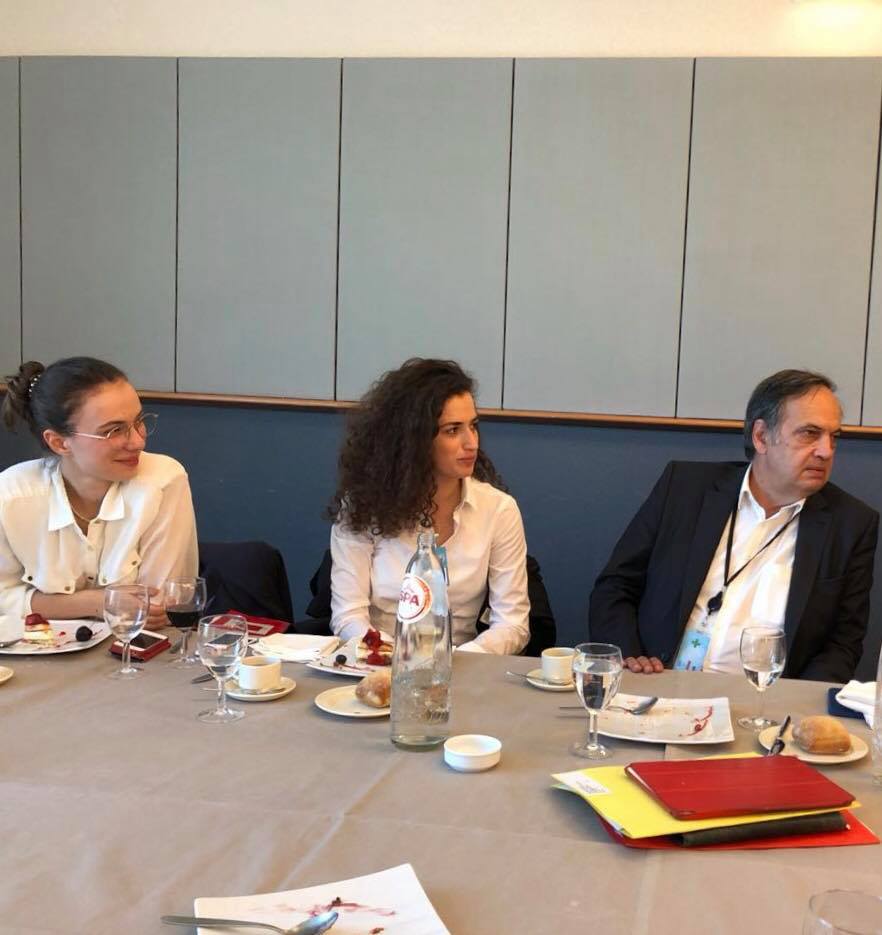